This collection of essays focuses on contemporary literatures of the southern African region and brings together the work of scholars who cover pressing questions about the constructions of Othering. Their work not only comprises aspects of the implementation of strategic devices which are used to justify and reinforce these constructions, but also elaborates the strategies which hold the potential to subvert and destabilise rigid conceptions.
The study reflects on issues such as the diverse modes of portraying HIV/AIDS in literatures of South Africa and Zimbabwe; it examines the socio-(homo)sexual experiences of Black Men in South Africa; it traces the traumatic transitions in Namibia from the war to its aftermath, read through the prism of gender; it proposes homoerotic readings of Black women’s desires; and it demonstrates how ‘speaking’ textiles function as a recurrent image for the contradictions inherent in the postcolonial voice and how they offer new structures to tackle silence.

These essays are united by the contributors’ attempts to lift the veil from unheard narratives by moving them from the margin to the centre of discussion. 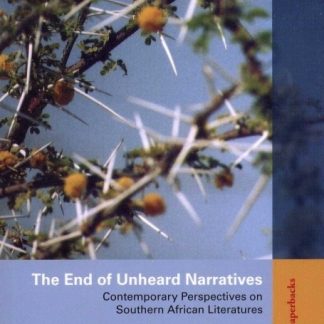